Nappies are a constant topic in mums’ groups. What brand? What type? Which are the best value for money? Can anyone recommend a nappy that doesn’t leak? When we are changing nappies multiple times a day it’s easy to find yourself thinking about them a lot.  With this in mind, we provided one of our readers, Lisa, with a box of BabyLove Nappy Pants to see how they measured up for her active 14-month-old, Jett.

Anyone with a toddler knows that nappy changing turns into a fight to the death and a battle of wills. Trying to pin them down, secure the wipes, get the nappy off and the new one on, all without them escaping. It’s like trying to dress an octopus.

What Lisa said about the ease of changing: “Babylove Nappy Pants have made changing Jett’s nappy to much easier! I can just rip them off at the sides and then he can step into a new one. When I have to use the wipes I still need him to lie down but he can stand up as soon as he is clean and then I put the new one on that way. It’s so much easier.

Quality of the BabyLove Nappy Pants

We all want quality nappies, ones that don’t dig in, fall apart when they are wet or cause nappy rash. We asked Lisa what the quality and overall feel was like. “My absolute favourite feature is the soft feel and the wide, soft, stretchy waistband. It makes it so easy to pull up and there are no rough edges. Nothing feels plastic and rough and they are really high quality. We haven’t had any nappy rash problems so far and they are really absorbent. 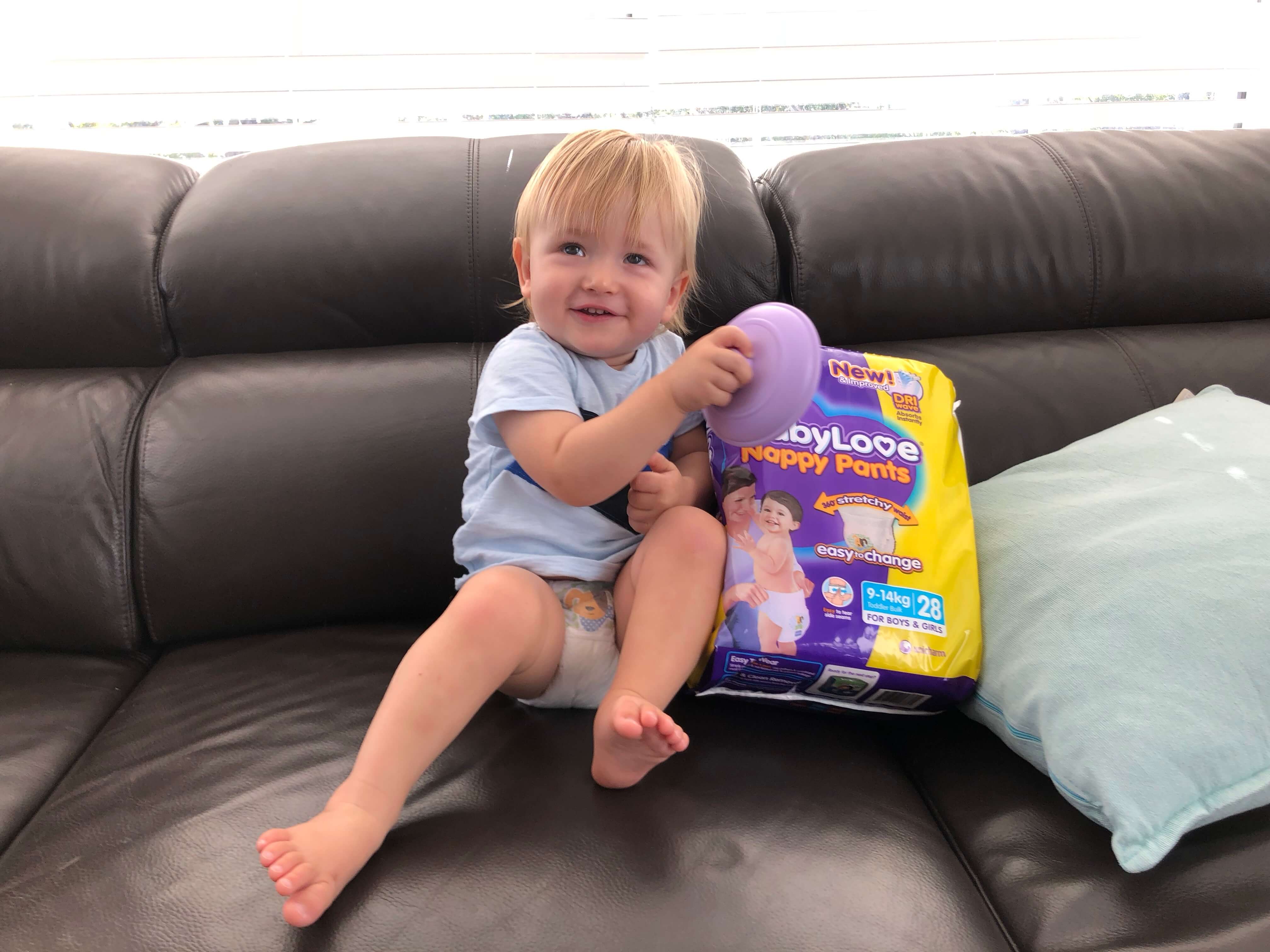 BabyLove Nappy Pants RRP at $17 for a pack of 28. We asked Lisa is she thought they were value for money. “Definitely, while they are more per unit than nappies you use less of them as you don’t change your toddler as often a baby plus they are really absorbent so I’m finding I don’t change as often as I was.”

Overall, Lisa found that the BabyLove Nappy Pants were ultra absorbent, great value for money and really easy to use. They’ve definitely made nappy changing timer a whole lot easier!

More from my site

Hi! Welcome to Stuff Mums Like. Grab a cup of coffee (or a glass of wine) and make yourself comfortable! Here you'll find things you'll love, parenting stories you can relate to, easy food to make and you can plan your next day trip or holiday. Make sure you let us know if you'd like us to cover anything we have missed.

Thank you! You have successfully subscribed to our newsletter.